I and they, or we 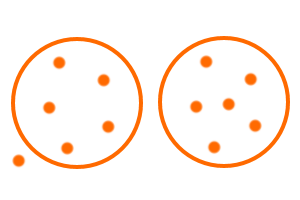 A short while ago I had a conversation with someone about my aspiration to become an agile coach. We talked about agile, about teams, about leading and leadership. We also dug into a couple of concrete examples of what I’d done to help the team I was in improve.

A couple of days after this conversation, I received some feedback. My counterpart felt that for someone who wants to be a coach I had been using a lot of “I and they” instead of “we”.

In that conversation I had indeed talked about what suggestions I had made and what they had done with it.

Totally get his point. I am or was part of the teams discussed, and my language put me right on the outside of them.

However, I’m not sure that I agree with him that being a coach would make it a matter of course to be talking about “we”.

A coach is not part of the team being coached.

In fact, as a coach you need some distance to whomever you are coaching. You want to build trust but at the same time can’t get too close with your coachee or you will become less than effective.

Also, whatever suggestions you make as a coach, it’s the team that runs with them or not. Whatever they achieve, is their accomplishment. Not the coach’s.

As a coach you are not adviser. You don’t tell your coachees what to do and certainly not how to do it. Your game is to get people to find their own solutions.

Sometimes you make suggestions. Sometimes you may even give some pretty specific advice. It still doesn’t mean that your coachees have to follow it. They decide for themselves what to do with your suggestions and advice.

So, I’d say that being a coach would actually make it more logical and natural to be talking about what I (the coach) suggested and what they (the people in the team) did with it.

What do you think? Please share your thoughts in the comments.